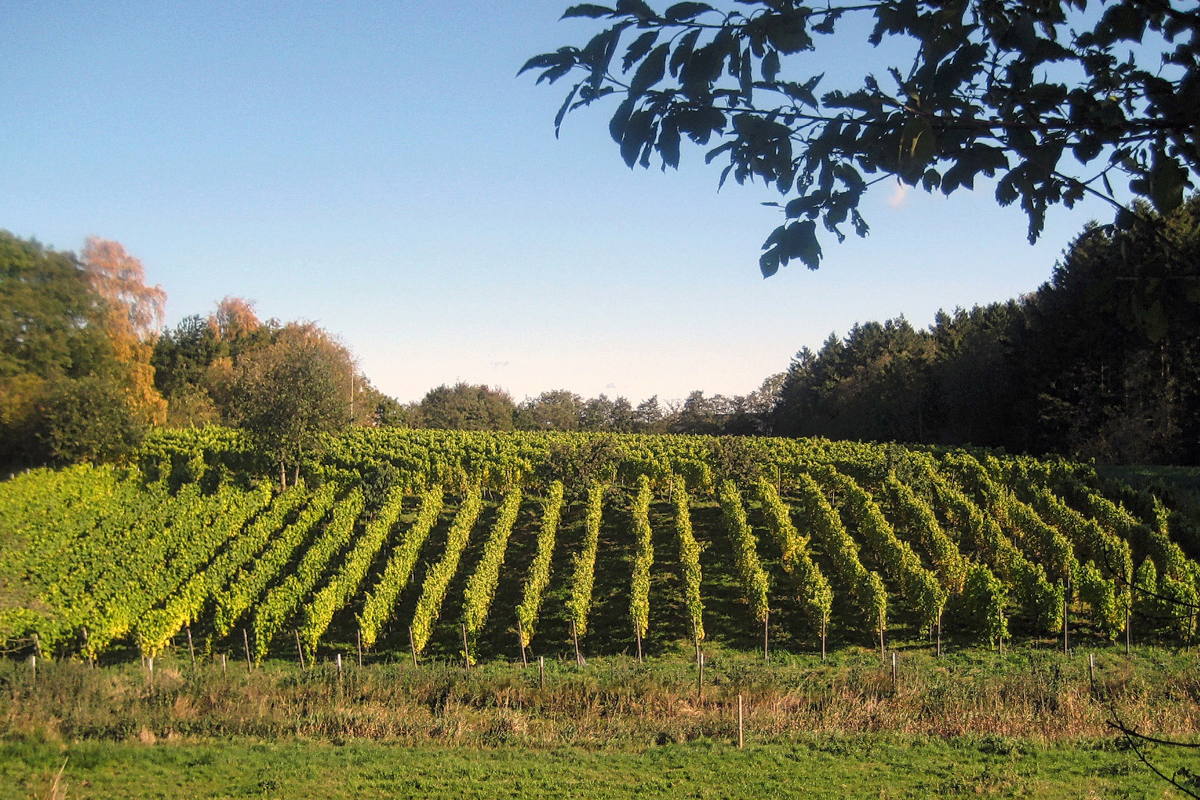 In June 1993 a small number of enthusiastic viticulture hobbyists joined to form an organization then called The Danish Winegrowers Association / Foreningen af Danske Vinavlere, the FDV. At the annual general assembly in the spring of 2017 the name of the association was changed to The Association Danish Wine / Foreningen Dansk Vin (still the FDV).

The number of association members grew very rapidly in the early years, and the recognition of Denmark as a wine producing nation soon became a high priority for the FDV. Success in this was achieved in a few years, and commercial wine production was allowed in Denmark by EU law beginning with the vintage of 2000. Eight growers registered as commercial from the start. In 2012 the number of registered commercial growers had reached approximately 90.

Initially the few commercial vineyards appeared rather randomly spread across the nation, but more long term planning of new vineyards allowed for buying land in the regions of the country with the most favorable growing conditions, such as along the coasts of western Zealand in the Great Belt region, which has the lowest precipitation and most sunny climate of Denmark and also offers nice south facing slopes.

The climate in Denmark is coastal temperate with westerly winds predominant. Even though the topography is quite flat the rise of mid Jutland combined with the predominant wind direction does result in significant differences in precipitation and cloud cover. For the size of the country the coastline is also very long and coastal effects such as protection from early night frosts in the autumn play a major role when it comes to choosing the best site for a vineyard.

Another early focus of the members of the FDV was the testing and selection of the best cultivars for growing in Denmark. Possibly because red wine is by far the most popular wine style in Denmark a number af suitable black grapes were soon found – with Rondo standing out significantly as the most planted black grape. Initially there was no such obvious favorite amongst the white varieties but more recently Solaris has turned out to be probably the most reliable grape variety to succeed with in Denmark.

Particularly amongst the commercial growers it has been realized that Denmark is not really a natural red wine territory and the focus is shifting towards the production of whites, rosés (for which Rondo is superb) and – in particular – sparkling wines, with the production of reds limited to the better vintages.

The development in the quality of danish wines over the quarter of a century that has passed since the founding of the Danish Winegrowers Association (now The Association Danish Wine) has been impressive, as documented by a rapidly growing number of rewards and medals at international wine shows. From a commercial point of view there are however other areas than the vinification that need improvement to achieve a better and more reliable harvest in both terms of quantity and quality and thus a more sustainable business.